TO OBTAIN SUSTAINABLE ECONOMIC ADVANCEMENT
FOR THE BLACK COMMUNITY 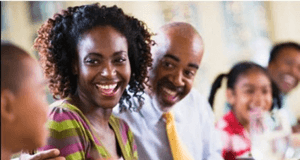 Mission: O.O.S is a nonprofit whose mission is to Re- present the Kingdom of God through uniting and colonizing all black people Within the divided black community of the fifty American states, territories and globally. We advocate the endowment of independence, Unity, and prosperity. To implement our Creators’ Cultural, Social, Economic, and Political Will for the undeserved, and underrepresented families in the Black communities.

Our Own System Inc. seeks to build relationships and communicate information that will enhance the participation, promote good will, and increase financial support for our own system. Generally, when someone thinks of advancement in relation to a non-profit, the first thing they think about is money. While no organization can survive without gifts of donations from friends, parents, and foundations, at Our Own System Inc. is much more than just fundraising. Relationships and social responsibilities are what ultimately provide the basis for organization’s success. Relationship building, and social responsibilities is at the core of Our Own System Inc., mission statement, and goals.

{O.O.S.} Our Own System Inc. believes that a premier Organization must lead by example. With our good reputation for innovation and leadership- qualities that are mirrored among our Board and officers alike- comes an opportunity to give back to the community, especially to youth. To that end, {O.O.S} places particular emphasis on initiatives designed to educate and empower future generations, particularly those who are underserved. With leadership positions comes a responsibility to give back- to pass knowledge and leadership skills on to others. We are committed to helping children develop the tools they need to reach their full potential and become the leaders of success stories of tomorrow. O.O.S. believes that its future success begins with a firm commitment to supporting the next generation. Our Own System is a tool used for social change, and focusing on helping young black people control their own economic circumstances and overcome poverty, homelessness, violence, drug abuse, discrimination and racism.

We will eliminate our social disadvantages by controlling our economic circumstances. We will re-establish our independence, identity, and cultural to under mind the daily subjections to ethnic and cultural bias in this predominately racist and capitalist society. We will reverse and heal the psychological damages of {PTSD} Post Traumatic Slave Syndrome, and today’s traumas caused by racism, capitalism, economic, and social economic oppressions. The conditions that is causing many of black people to behave in destructive ways. That, which has led many of our fathers, and youths into the gateway of {Modern Methods of Slavery}, Jails, and Prisons. Whereas, the Local, State, and Federal Governments are the modern slave masters, Biblically known as {THE BEASTS}..